PVC is one of the most popular and oldest thermoplastic polymers in the world. It was discovered twice in the 1800s; first by Henry Regnault in 1838 and again by Eugen Baumann in 1872. PVC was first sold commercially by BFGoodrich in the 1920s. Most other polymers were only discovered in the 1940s and 1950s.

There are three forms of PVC; rigid, flexible and liquid. The rigid and flexible variants are by far the most common form, having various applications in a number of industries. Rigid PVC is most commonly used in the irrigation and construction sectors, whereas flexible PVC is widely used in the medical and clothing industries.

PVC has numerous unique characteristics that make it a valuable packaging and plastic material. It is highly resistant to environmental degradation, including wear and tear, chemicals and alkaline substances. It is cheap to produce and requires little energy in the process, making it an economically-beneficial polymer.

PVC has a high density and good tensile strength, especially the rigid form. This makes it a popular polymer for the construction and irrigation sectors, where the plastic needs to be able to withstand impacts and hard use. Its high resistance to chemicals and heat also makes it a valuable polymer. PVC is inherently flame-resistant and impermeable to liquids.

All PVC pipes manufactured in South Africa have been lead-free since 2006 after local manufacturers belonging to the Southern African Plastic Pipe Manufacturers Association (SAPPMA) voluntarily, but at great cost to the industry, accepted a policy of heavy metal-free stabilizers for the manufacture of PVC pipes based on health and environmental considerations.

As a member of the Southern African Vinyls Association (SAVA), SAPPMA is also one of the signatories of the Association’s Product Stewardship Commitment (PSC) a voluntary programme aimed at ensuring that all heavy metal additives (primarily lead) are removed from their workplace environments

These characteristics of PVC make it a versatile and highly useful plastic material. It is easy to recycle and is readily available, making it a valuable polymer for the recycling industry. All PVC plastic should be reused, upcycled or sent to a recycling facility when no longer needed. It should never be sent to landfills or dumped in the environment. 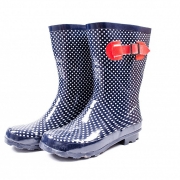 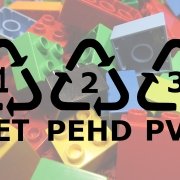 What do the numbers on plastic products mean? 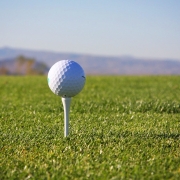 How PVC packaging is recycled in South Africa

Want to join the discussion?
Feel free to contribute!

All About Plastics… What is PE-HD?

All About Plastics: What is PE-LD?
Scroll to top